Hubble in Safe Mode as Gyro Issues are Diagnosed 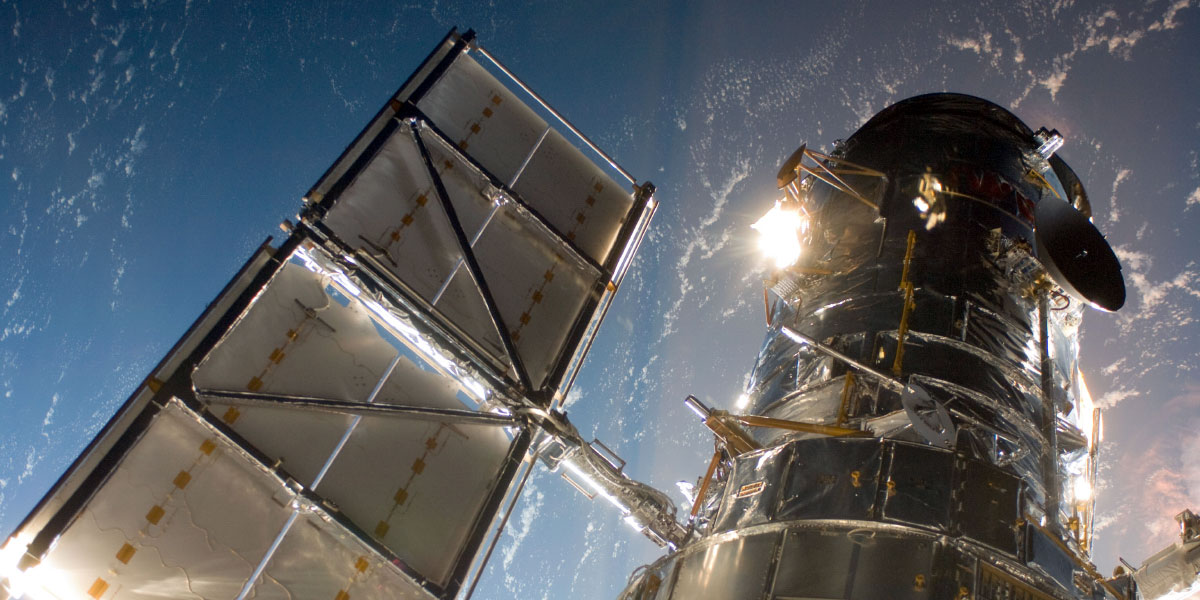 NASA is working to resume science operations of the Hubble Space Telescope after the spacecraft entered safe mode on Friday, October 5, 2018, shortly after 6:00 p.m. EDT. Hubble’s instruments still are fully operational and are expected to produce excellent science for years to come.

Hubble entered safe mode after one of the three gyroscopes (gyros) actively being used to point and steady the telescope failed. Safe mode puts the telescope into a stable configuration until ground control can correct the issue and return the mission to normal operation.

Built with multiple redundancies, Hubble had six new gyros installed during Servicing Mission-4 in 2009. Hubble usually uses three gyros at a time for maximum efficiency, but can continue to make scientific observations with just one.

The gyro that failed had been exhibiting end-of-life behavior for approximately a year, and its failure was not unexpected; two other gyros of the same type had already failed. The remaining three gyros available for use are technically enhanced and therefore expected to have significantly longer operational lives.

Two of those enhanced gyros are currently running. Upon powering on the third enhanced gyro that had been held in reserve, analysis of spacecraft telemetry indicated that it was not performing at the level required for operations. As a result, Hubble remains in safe mode. Staff at NASA’s Goddard Space Flight Center and the Space Telescope Science Institute are currently performing analyses and tests to determine what options are available to recover the gyro to operational performance.

Science operations with Hubble have been suspended while NASA investigates the anomaly. An Anomaly Review Board, including experts from the Hubble team and industry familiar with the design and performance of this type of gyro, is being formed to investigate this issue and develop the recovery plan. If the outcome of this investigation results in recovery of the malfunctioning gyro, Hubble will resume science operations in its standard three-gyro configuration.

If the outcome indicates that the gyro is not usable, Hubble will resume science operations in an already defined “reduced-gyro” mode that uses only one gyro. While reduced-gyro mode offers less sky coverage at any particular time, there is relatively limited impact on the overall scientific capabilities.

The Hubble Space Telescope is a project of international cooperation between NASA and ESA (European Space Agency). NASA’s Goddard Space Flight Center in Greenbelt, Maryland, manages the telescope. The Space Telescope Science Institute (STScI) in Baltimore, Maryland, conducts Hubble science operations. STScI is operated for NASA by the Association of Universities for Research in Astronomy, in Washington, D.C.

Track the progress of the repair mission on the STScI website.