Leonardo da Vinci, who lived from 1452 to 1519, is one of the most famous examples of a true polymath (a person who has deep knowledge in a wide range of subjects). Da Vinci’s interests were hugely varied: astronomy, math, music, painting, science, sculpture, engineering, anatomy, geology, literature and architecture. Da Vinci was also a prolific inventor and came up with a number of innovative designs, ideas and theories that were far ahead of their time.

Art and science – two sides of the same coin

Da Vinci often combined art and science to create his masterpieces, and he is a prime example of how human creativity and inspiration flow through all disciplines. Indeed, his knowledge of science, math and engineering hugely influenced his art and vice versa. Da Vinci often used his mastery of one discipline to elevate another.

As a young man, whilst working as an apprentice in the studio of Andrea del Verrocchio in Florence, Leonardo began using science and math to improve his art. Early examples of this are using geometric techniques to give the illusion of three dimensions in his paintings, as well as helping to develop techniques for mixing oil paint.

One of the most famous examples of this is the Vitruvian Man, a drawing by da Vinci dated around 1490. The drawing is a beautiful piece of art in and of itself but also incorporates precise science and geometry (da Vinci made more than 200 measurements of the human body for the Vitruvian Man).

Despite the fact that working helicopters were not built until the first half of the 20th century, in 1483 da Vinci came up with an experimental design that is often cited as the first serious attempt to design a helicopter. His “helical air screw” used starched linen cloth in the shape of a screw that, when rotated, would “push” the air down to lift the contraption up. 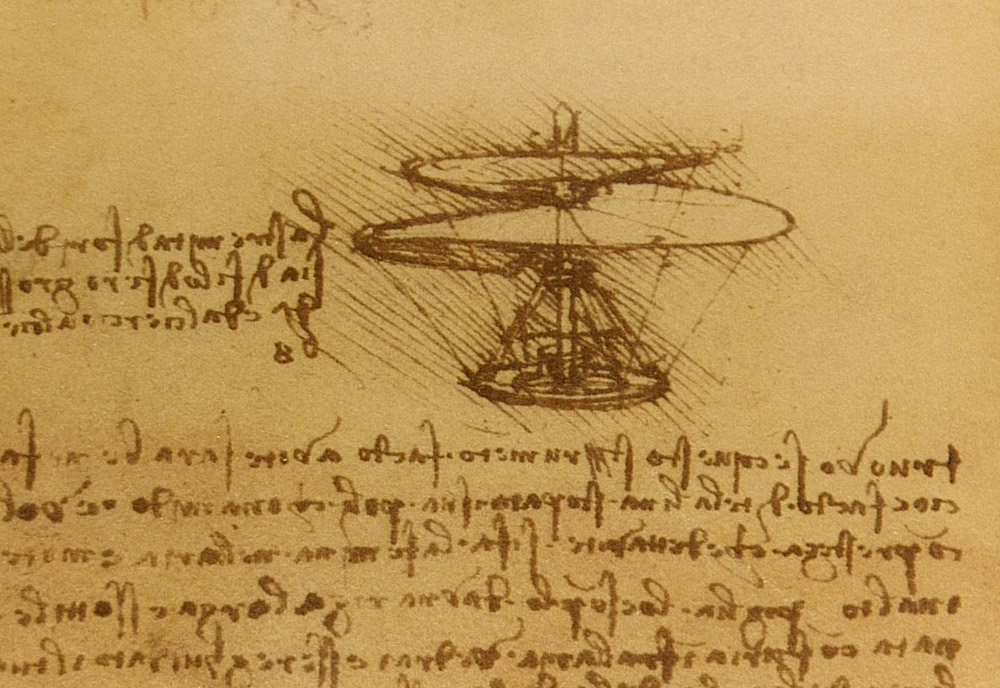 Among da Vinci’s designs and inventions was the Viola Organista, a musical instrument combining a keyboard (similar to a piano) with strings. Individual or multiple strings, controlled by the keyboard, are lowered onto a belt that is driven by rotating wheels. When the strings touch the belt they vibrate and produce a musical note. In this way, the Viola Organista was a novel cross between a keyboard instrument and a string instrument.

Deep Field is a celebration of STEAM education (science, technology, engineering, art and design, and math).

We’ve created some fun challenges inspired by STEAM so you can learn more about anything from Fibonacci to Flying Machines, Music to Math or Singing to Spiral Galaxies. Can you master the challenges and collect all the badges?

Keep a look out for badges across the site or tap one of the hexagons to get started.